The company’s marketplace for sales talent is helping break down barriers to hiring.
Written by Robert Schaulis

In the spring of 2020, the number of active business owners in the United States “plummeted by 3.3 million or 22 percent” from February to April 2020, according to data from the National Library of Medicine.

But LaunchSource was just ramping up. 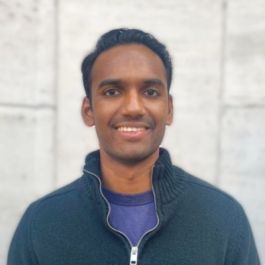 “The pandemic was a shock to a lot of companies,” Account Executive Nicholas Stone said. “It was harder to start conversations, to sell products and establish partnerships. But even during the pandemic we knew our value; it was just a matter of adapting to the changes that are going on in the world today.”

In a tech landscape that made it unlikely for companies to thrive, LaunchSource was recently looking to build its first leadership team. In the spring of 2022, they did so — onboarding a new VP of Product, Adrian Cole.

Cole, an entrepreneur himself, saw the opportunity in that go-to-market teams constantly need to be filled. He got to work alongside LaunchSource Founder Sasanka Atapattu to determine how best to deliver an exceptional candidate experience from the moment prospects applied online in hopes to land an interview — and by proxy, an entrée into the $5.2 trillion tech sales sector. 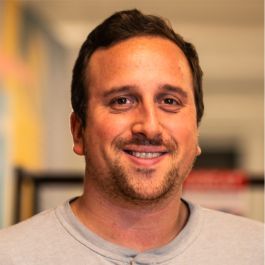 Max Kimbarow, LaunchSource’s director of demand generation and head of talent operations, came to the company from a non-traditional tech sales background. Five years ago, as a seasoned sales professional looking to transition into the tech industry, Kimbarow knew he could add considerable value to a tech company’s revenue organization. But despite 10 years of sales experience across several industries outside tech, Kimbarow couldn’t seem to get over a wall. He wasn’t struggling to get a job in tech; he was struggling to merely land an interview.

“My experience was being discounted. I sent out hundreds of resumes. I heard countless rejections,” Kimbarow said. “It is such a broken process — finding a job. And if you don’t know what you’re doing, it can be a lonely and, quite frankly, depressing experience. LaunchSource really helped me kickstart my journey. I went on to grow my career in SaaS sales.”

“One of the most common things we hear from career transitioners is, ‘I’ve never done traditional sales.’ We tell them, ‘you probably actually have done more selling than you think; let’s discuss some of the raw sales skills you use on a daily basis,’” Kimbarow said.

A Foot in the Door

A 2021 article by Deloitte Insights reported that despite 96 percent of surveyed CEOs agreeing that DEI is a strategic priority for their companies, underrepresentation in the tech industry is still rampant. According to that article, women make up only 25 percent of technology workers. Black and Latinx workers make up only a very small fraction of tech workers at approximately 9 and 7 percent respectively.

Despite the best laid plans of tech companies, only modest gains have been made in the industry in terms of diversity, equity and inclusion related hiring goals. Between the “tyranny of the algorithm” and the effects of unconsciously-biased interviewing processes, candidates with nontraditional backgrounds — disproportionately women and members of underrepresented groups — frequently find themselves shut out from professional experiences that could be transformative — both for themselves and for the companies that reject them.

In a July, 2022 article on “The Great Attrition, McKinsey & Company reported on employees leaving their jobs at rates 25 percent higher than pre-pandemic, with 65 percent of job-leavers looking for work in a new industry. “Companies can no longer assume that they can fill empty slots with workers similar to the ones who just left” the report noted. “Globally, just 35 percent of those who quit in the past two years took a new job in the same industry.”

Changing the Game as the World Evolves

Nicholas Stone joined LaunchSource as an intern during his first year at Northeastern University. During his six-month tenure as an intern, Stone experienced a crash-course in the discipline of sales.

“In those first six months, I was cold calling and sending emails to business leaders who had 20 years of experience on me,” Stone said. “But it never felt like grinding away in a boiler room. Everyone on the team really breathes the mission of LaunchSource — helping people break into a sales profession and grow and become a great salesperson.”

After six months, it became apparent that Stone wasn’t ready to part with LaunchSource. He joined the team in a part-time capacity, and after graduating, he was welcomed into a more senior full-time position as account executive. In Stone, the LaunchSource team had encountered a kindred spirit — an avid student of the discipline of sales. That said, what neither Stone nor LaunchSource’s leadership could anticipate was the onset of the pandemic or the rapidly-changing state of the world.

The pandemic redoubled focus on diversity in the workplace. In the wake of the protests surrounding the death of George Floyd, companies were reassessing their commitments to DEI and renewing efforts to bring underrepresented individuals into their organizations.

This commitment to diversity in hiring, along with the decentralizing effects of a remote workplace and favorable headwinds in the tech industry, offset the tremendous economic stresses of the early pandemic — and primed the company for future growth.

“The pandemic ended up being the revival that we needed,” Kimbarow said. “People who had careers of various amounts of years were reassessing their priorities. They were seeing the kinds of opportunities involved in the tech industry. And we saw so many people start to explore those opportunities from non-traditional sales backgrounds.”

An Emphasis on Community

As the Great Resignation saw more and more workers in relatively high-stress low-reward roles looking for new opportunities, LaunchSource found its marketplace increasingly flush with dynamic professionals. And tech companies saw that they needed to continue to grow their sales teams to capture market share.

LaunchSource rose to the opportunity. With its sales tech marketplace uniquely positioned to meet the needs of hiring companies and service a footloose and diverse candidate pool, LaunchSource began to explore how it could scale and better meet the needs of sales organizations. And a huge part of that exploration resulted in deliberate market expansion.

That vision is not so distant. Over time, the users LaunchSource serves as first-time job applicants organically make their way back to the platform as directors. And a majority of the more than 10,000 people who have gone through the platform have a wide new-business reach, resulting in a community of well-versed professionals.