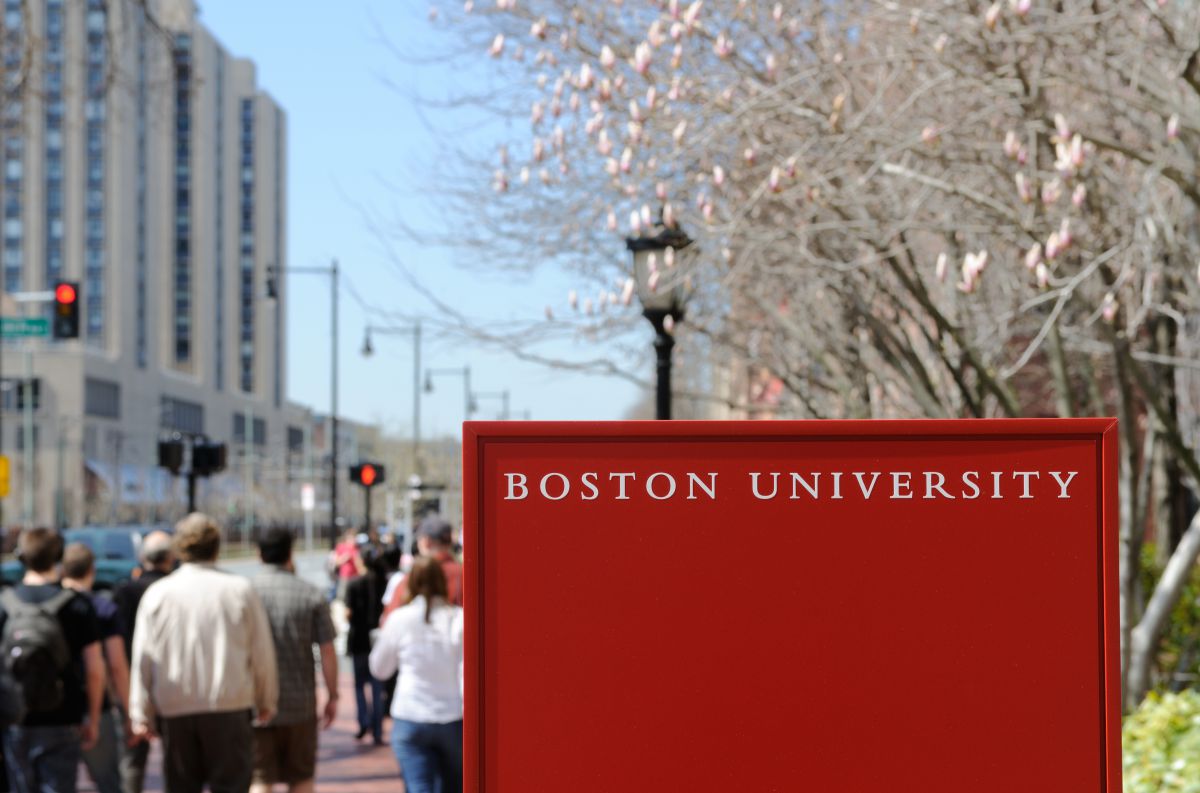 With over 50 colleges in the Greater Boston area (including some of the most prestigious universities in the world like Harvard University and MIT),  it’s no surprise that Boston is a mecca for big thinkers.

At Boston University, which was ranked the No. 32 best university in the world by U.S. News and World Report last year, entrepreneurs sprout up from all different backgrounds — some have bachelor’s degrees in journalism or psychology, while others earned MFAs in playwriting. Some of these students have gone on to create some of the most interesting and innovative tech companies Boston has seen yet.

We’ve compiled a list of more than 23 of those alum. We’re bound to have missed some cool companies, so please let us know in an email. This list doesn’t include the companies led by instructors at BU who received their education elsewhere, like Vinit Nijhawan, who teaches MBA courses on Entrepreneurship at BU Questrom School of Business, or CEOs who joined a company later in its life.

Dispatch
View Profile
We are hiring 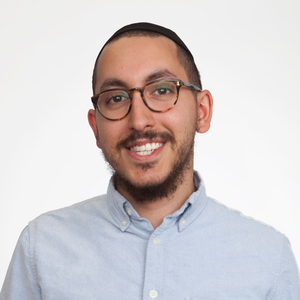 Zar’s startup Dispatch provides legacy businesses with a mobile platform to bring them into the booming on-demand economy. Customers can instantly find and book a scheduled or immediate service online or through a smartphone, then track the arrival of their provider in real-time. Zar studied entrepreneurship at Boston University, from which he graduated in 2012.

Appcues
View Profile
We are hiring 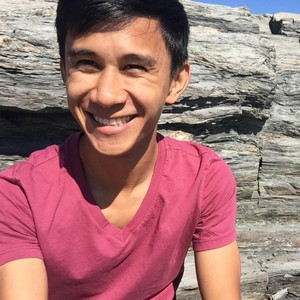 Kim founded Appcues in 2013 with the goal of helping teams design better products for their users. Appcues allows even non techies to create in-product experiences like user onboarding and feature announcements without writing a single line of code.  Kim is a self-taught front-end engineer with a B.S. in journalism from Boston University, from which he graduated in 2010. 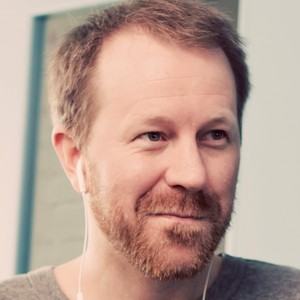 Jonathon Myers co-founded Earplay, an innovative storytelling medium for audio lovers that lets listeners interact with characters by using their voice. Myers graduated from Boston University in 2007 with an MFA in creative writing and playwriting. 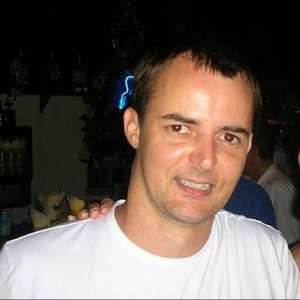 Slater is the CEO of Pingup, a mobile app that  lets users schedule appointments at local businesses seamlessly from their phones. Slater graduated from BU with a bachelor’s in history in 1995.

Zhou is the founder and CEO of Alt-Options, a financial services platform with algorithms that help users price and trade virtual currency. Zhou graduated from Boston University Questrom School of Business in 2015 with a B.S. in finance and entrepreneurship. 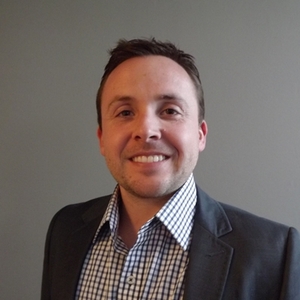 Harris is the co-founder and CTO of Patheer, a skills development platform that lets businesses track their employees’ current skills, gaps, and aspirations. Harris graduated from BU in 2010 with a master’s degree in computer information systems. 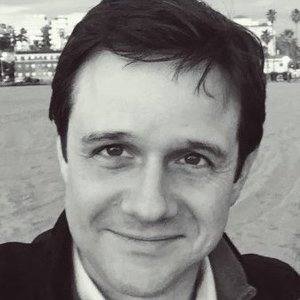 TellusLabs is an applied sciences company that provides Earth data about farms, forests, and water in real-time for better decision making. Potere founded the company in 2016, and graduated from BU with a master’s in satellite remote sensing in 2005. 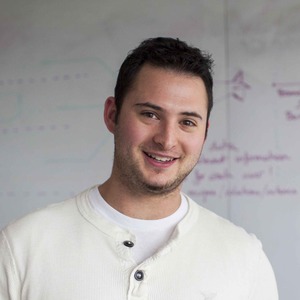 helps retailers learn more about their consumers by using existing lighting infrastructure to pinpoint consumers’ location with unmatched accuracy.  Aaron Ganick founded the company with classmates Dan Ryan and Travis Rich. Ganick earned both his bachelor’s degree and master’s in electrical engineering from BU, graduating in 2011.

Founded in 2014, Dweller is a real estate brokerage app that aims to make the buying and selling process more transparent. Charles Vallis graduated from BU in 2004 with a bachelor’s in psychology.

Patrick Kinsel is the founder of Notarize, the first on-demand remote electronic notary service, which lets anyone in the U.S. legally notarize a document from their iPhone at any time. He attended Boston University from 2003-2005.

CoachUp is a website that connects athletes with private coaches so students can grow into the star athletes they dream of becoming. Radmand founded the company in 2012, and graduated from BU with a bachelor’s degree in computer science in 2008.

ACEA makes it easier for licensed healthcare professionals to continue their education by connecting them with educators in the medical, dental, and other healthcare fields. Besides a professional network, ACEA members have access to CE management apps and personalized course suggestions. Kahveci graduated from BU in 2013 with a B.S. in biology and public health.

Adhark is a streaming marketing recommendation company that created the popular recommendation software, Cuckoo, which delivers data-driven advice to marketers all over the country. Hamedi is the CEO and founder of Adhark. He graduated from Boston University Questrom School of Business in 2012 with a bachelor’s in business administration, marketing, and business law.

Feeling thirsty? With just a few swipes on your mobile device, Buttery lets users find and order their favorite wines, spirits, and beers from local stores for either pickup or delivery. Tanna graduated from Boston University Questrom School of Business in 2014 with an MBA in strategy and entrepreneurship.

Downtyme makes sure you’ll never be bored again. The app matches schedules and lets you make plans with friends who are nearby. Sorenson founded the app with fellow BU students Baron Roth, Timothy Chong, Ben Pusey, and John Moore. Sorenson graduated from BU in 2016, with double majors in computer and electrical engineering.

Wizdy games inspire kids to have a healthy lifestyle. Nikita Virani’s company partners with Harvard Medical School and Boston Children’s Hospital to ensure the content of its games are educational, teaching children about conditions like asthma and food allergies. Virani graduated from BU in 2014 with a B.S. in finance and public health.

VocalBee provides a platform for companies to analyze user-generated visual content related to their company, products, and promotions so they can gather analytics on all pictures that are curated on their platform. Tatke graduated from BU with an MS in computer science in 2004.

UNItiques is a trendy online marketplace where college students can buy and sell merchandise right on campus. Shadrow earned a B.S. in public relations from BU in 2015.

VerbalCare provides a direct line of communication between patients and their healthcare provider so patients can be monitored during their treatment plan. The trio graduated from BU in 2012 with bachelor’s degrees in computer engineering.

After witnessing the Boston Marathon bombing, BU student Alexandrea Mellen decided to get serious about her passion for designing iPhone apps. While working on her BS in computer engineering, Mellen created three apps: Resistor Color Coder, Lewis Dot CHEMISTRY, and TripPic, and launched umbrella company Terrapin Computing shortly after to continue constructing and developing iOS applications available on the app store. She graduated from BU in 2015.

Did we miss any of your favorite tech founders out of BU? Send us a tip here.