Where Software Meets Hardware: Why Markforged Is More Than Just a 3D Printing Company

A leading digital manufacturing platform for driving business transformation, Boston-area Markforged is reinventing manufacturing so that engineers can build anything they can imagine.
Written by Jeff Kirshman

At a recent trade show, an associate from a pipe-bending company approached Bruce Jones and pointed at the curious piece of equipment sitting behind him.

“You explain it to them and show them what it can do, and they’re immediately thinking, ‘Oh, this is actually something that could be very valuable to my business,’” Jones, a software engineering manager, said of the company’s 3D metal and continuous fiber printers, which combine the power and speed of agile software development with industrial manufacturing. 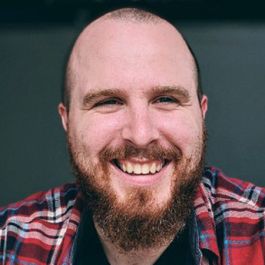 “I find it very interesting and gratifying to have these conversations,” he continued. “You’re unlocking something new for them that’s going to transform how they do things.”

But the secret behind Markforged’s success, Jones said, lies in the company’s software, which empowers engineers and designers to progress from design to fully functional industrial parts more efficiently.

“I’m a mechanical engineer turned software engineer, and it took me many years to realize that a 3D printing company is the perfect outlet for my passion, which is exactly at that intersection of software and the physical world,” Jones said. “It feels very cool to write code and then see something move — not just move on the screen, but move in the real world.”

Built In Boston met with Jones, Director of Product Management Ted Plummer and Principal Product Manager Doug Kenik to learn more about Markforged’s leading digital manufacturing software, and how the organization empowers its software engineers to work on exciting and complex projects that extend beyond the parameters of a traditional SaaS company.

WHAT CAN YOU DO WITH A PROFESSIONAL 3D PRINTER?

Many 3D printers use plastic filament, but not those made by Markforged. The company’s industrial printers can print hardier substances, including nylon, carbon fiber and even metal — hence the “forge” in Markforged. Integrated into factories worldwide, this company’s printers have helped transform supply chains by accelerating prototype and replacement part manufacturing.

What separates Markforged from other 3D printing companies?

Bruce Jones, Software Engineering Manager: In the traditional world of manufacturing, you make the product before testing it, and then you realize, ‘Well, this doesn’t quite work. Now I have to make another one.’ But when you’re 3D printing, you can actually make little individual parts, test just those parts, do it 15 different times in 15 different regions of what you’re doing, and then when it comes time to actually printing, you can be confident that everything is going to work together. It’s a very software-focused philosophy to making things that the technology is enabling.

In software, you’re often breaking down some large monolith into pieces so that you can individually test those pieces. And when I’m designing something to be 3D printed, I’m doing the exact same thing. 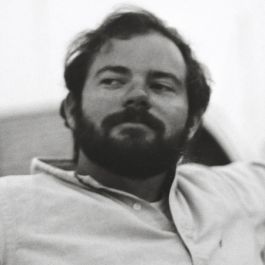 Ted Plummer, Director of Product Management: I always tell people we’re a software company, not a hardware company. We make a thing that lets other people make physical objects. Our product is fundamentally software, even though it manifests as a 3D printer, the same way Tesla is a software company that makes cars.

ADDING ANOTHER ADDITIVE TO THE TEAM

Markforged made its first corporate acquisition in April with Teton Simulation, whose “SmartSlice” technology enables users to automatically validate and optimize the performance of parts based on the needs of specific use cases. The program effectively allows adopters to drastically reduce their part waste and lead times.
They're Hiring | View 12 JobsMarkforged is Hiring | View 12 Jobs

What are other ways the intersection between software and manufacturing manifests at Markforged?

Doug Kenik, Principal Product Manager at Markforged and CEO of Teton Simulation: Very early on, it became evident that whoever is going to emerge as a top player in the 3D printing space is going to create ecosystems where their customers are so successful that they literally cannot fail. And the only way to accomplish that is through software. That was a huge impetus for Teton to join the Markforged family: There’s such a large focus on the entire ecosystem, with software driving it, that they are one of the largest players in 3D printing moving forward.

Plummer: If you go to our office and walk around, there’s mechanical engineers, software engineers and materials engineers all sitting next to each other and working together. Whatever the product that we’re working on, we can control the software, the materials and the hardware and make changes to any of them. Finding the right balance between those things is always really interesting.

Is it still exciting to get to touch the things you make? 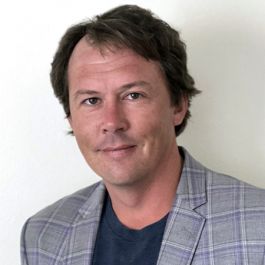 Kenik: It makes you very cognizant of what success is. If you compare it to other software companies, your metrics can seem a bit wild or abstract, whereas here you have this tangible thing that’s sitting there, and somebody picks it up and their eyes go crazy, because they’re realizing what they can accomplish. It happens to employees, too. You print something, you pick it up and you’re like, “Holy crap, I can actually do this.”

Plummer: I was at a trade show last week in Italy, and I still run into people who say, “Oh shit, I didn’t know you could do that.” They’re pushing the envelope just as hard as we are, and they still get amazed by some of the things that are possible.

Kenik: That happened to us in Germany. There was this Korean company that makes these drills that are extremely high torque — the bits on the end of the drill are made out of stainless steel — and they came over and gave us a design file and asked, “Do you think that this would work?” Overnight, we had it printed and we went and stuck it on the end of their drill. They were able to tighten bolts with huge amounts of torque using something we 3D printed. No one believes that story. But when you see it, it’s kind of magical.

When you interact with these companies at trade shows, does it make you feel like you’re on the right team?

Jones: I think the thing to be aware of is that we’re at these trade shows with extremely impressive companies, and we’re there, too, holding our own with a product that we feel is compellingly better — they just don’t know it yet. It’s really neat to be there and see that. Because their products are super impressive. I just think ours are better.

Plummer: Slightly less humble answer: My favorite thing at trade shows is when people come over and they ask something like, “Why are you better?” And I actually don’t answer them. Instead, I say, “Here’s our stuff and here’s what we do. Go take a walk and come back at the end and tell me what you think.”

Invariably, they come back and start telling you all of the reasons we’re better: It’s the attention to detail, the engineering that goes into the system, the unique approach to security, the materials, the hardware, the software and the way it all comes together in that vision. I think having all of that in one place is really powerful.

3D printers are used for more than just creative hobbies and rapid prototyping. The state of Michigan distributed over 300 printers to small businesses in Detroit at the start of the pandemic, including additional software that enabled the production of PPE and emergency equipment in the event of another Covid-style outbreak. Those same printers then went on to make thousands of tourniquets for people in Ukraine — all using a network spread across the printers in the Detroit area.

There’s also a sustainability component to 3D printing. How meaningful is it that your product has a less harmful impact on the environment?

Plummer: The more we can decentralize the ability to make functional, high-accuracy, high-repeatability parts like that, the better. To me, things like that feel like real sustainability — not just greenwashing sustainability.

Jones: There’s a phrase in the UK called, “Make Do and Mend,” that the government pushed out during World War II, when people were running low on supplies, things were breaking and you couldn’t just go out and buy something new. You had to make do and fix the things that were breaking. And 3D printers let you do that. There’s loads of stuff that I have at home that’s broken and I’m like, “OK, I’ll just print the part.”

For example, I printed a part for my lawnmower recently because my lawnmower is very old and I’m too cheap to buy a new one. There really isn’t a limit to what you can do.

What are you most excited about for the future of your company?

Plummer: For me, the magic is where software meets hardware. This is a place where you can build end-to-end features that customers get quickly. We don’t sit on releases. You build a feature, you put it out into the world and you get really quick feedback on whether people like it — and then you iterate. I think that’s a huge differentiator for a software engineer thinking about working on a hardware product. That idea of rapid release is pretty unique.

Kenik: We’re past the days of, “I’m going to make this tchotchke and go check for form fit.” Now we’re into, “I have this function. This part has to do something.” But we’re not quite 100 percent there yet with 3D printing.

That’s what we’re doing with SmartSlice: Answering the question, “Is this going to function the way I want it to function?” And very rapidly, we can digitally do that and say, “Yes, that’s going to work,” or, “No, it’s not going to work. Do you want us to make it work?” Which is probably the more powerful statement. That’s where the trust and the confidence comes in.