In the early 2010s, the promise of 3D printing meant the possibility of everyday people printing their own gadgets, inventions, household objects and well, anything.

“There was speculation that we’d all have a printer sitting in our garages, and that people would never have to buy anything ever again,” said Elissa Silverman, a product marketing manager for 3D printing manufacturer Markforged. “That idea didn’t come to fruition as quickly as expected.”

That’s not to say that 3D printing wasn’t a good idea — but perhaps it needed a little finessing.

“The problem with 3D printing was that the printed parts were weak. You could make tchotchkes to put on your shelf, but you couldn’t make objects for a functional use case,” said Tom Muscolo, principal product manager. “What put Markforged on the map was that we came up with a way to print carbon fiber.”

Once we open customers’ eyes to the possibilities, it gets really exciting.”

But with Markforged’s technology, these parts could be printed right on the manufacturing floor, making the process “easy enough for a classroom and affordable enough for every Midwestern job shop,” Muscolo said.

To Silverman and the team at Markforged, there’s a lot of power in that. 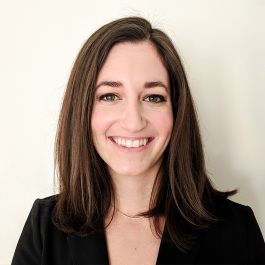 “Customers start with printing one part,” Silverman said. “But when you replicate that type of part into similar types of applications and realize you can start to in-source some of your supply chain, you can go through a business transformation. Once we open customers’ eyes to the possibilities, it gets really exciting.”

When companies use 3D printing, or additive manufacturing, they are no longer subject to unreliable supply chains, which was an issue for many companies during the onset of COVID-19.

To ensure its customers can fully take advantage of the freedom additive manufacturing can provide, Markforged teams must balance advances in the latest software with its existing hardware and the tangible tools it creates. That means the product lifecycle — while following a familiar blueprint of collecting feedback, sprint planning and launches — inherently looks a bit different from the average tech company. 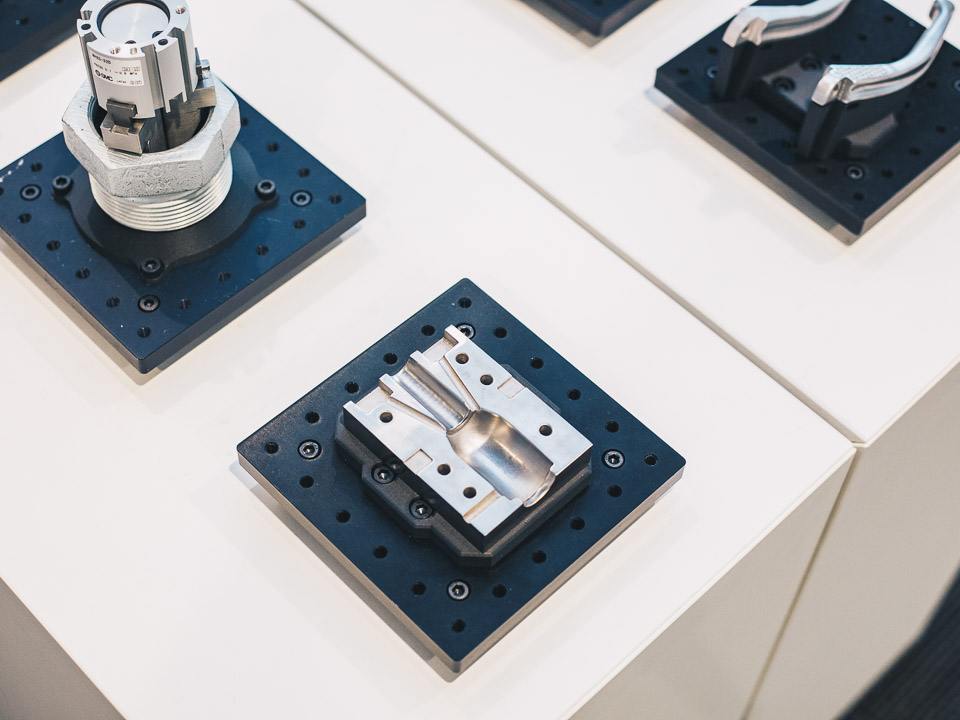 When YQ Lu arrives at work, he takes a seat at his desk and pulls up Eiger, Markforged’s cloud slicing platform, to check the progress that “Metallica” — one of the company’s in-house Metal X 3D printers — is making on a project. Through the machine’s webcam, he can see exactly what the status is. 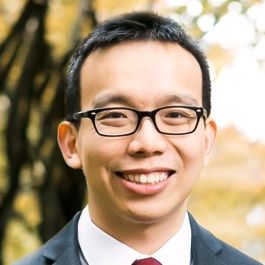 Lu, a senior software engineer who heads up the development of the slicer, doesn’t have much longer to wait. Soon, he’ll be able to claim the tool he’s been printing: a bottle opener, one that just happens to be industrial grade.

It’s a great work perk — “We have a culture showing off the things we printed,” Lu said — but for him and his team, it’s one that contributes to better products.

“We have hundreds of in-house printers,” Lu said. “That means if our software is acting slow or underperforming, we notice it first. We’re our biggest users.”

What is a slicer, anyway?

The slicer is another name for the software used in the printing process to map out how an object is made. The software dictates the movements the printer needs to make in order to turn spools of material into a part.

Noticing potential issues or areas for improvement is something Markforged team members take seriously — it’s information Muscolo and his team uses in their product development lifecycle.

According to Muscolo, because every printer is connected through the cloud, it enables the team to notice trends across their customer base in terms of metrics, best types of materials used for printing or errors users are encountering.

“We have the largest fleet of connected printers in the world at over 12,000,” Muscolo said. “That creates a flywheel of analytics where we’re getting better insight into how customers are using our products. With those insights, we can make better product decisions that result in better products that more customers want to buy. It’s a virtuous cycle.”

To illustrate an example of the value this customer data can provide, Muscolo gets macro: His team is able to see the layer heights their clients collectively are printing at, which he said yields information about whether the client base is more interested in resolution or speed (higher layer heights mean faster printing times). 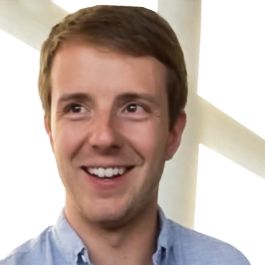 “In December, based on the feedback we were getting, we came up with a software upgrade that allowed us to double print speeds,” Muscolo said. “Oftentimes, our customers are not asking for a specific part, product or feature — we’ll end up identifying what their needs are.”

When he isn’t gathering data from printers, Muscolo works closely with Silverman’s team to pore over surveys and feedback from site visits, calls, emails and trade shows.

“The product team reviews this feedback at a regular cadence. Once we get some pattern recognition, we’ll save it up in a bank of ideas,” Muscolo said. “When we’re done with our latest product development program, we can reference that bank of ideas and figure out what fits within our overall vision for the products.” 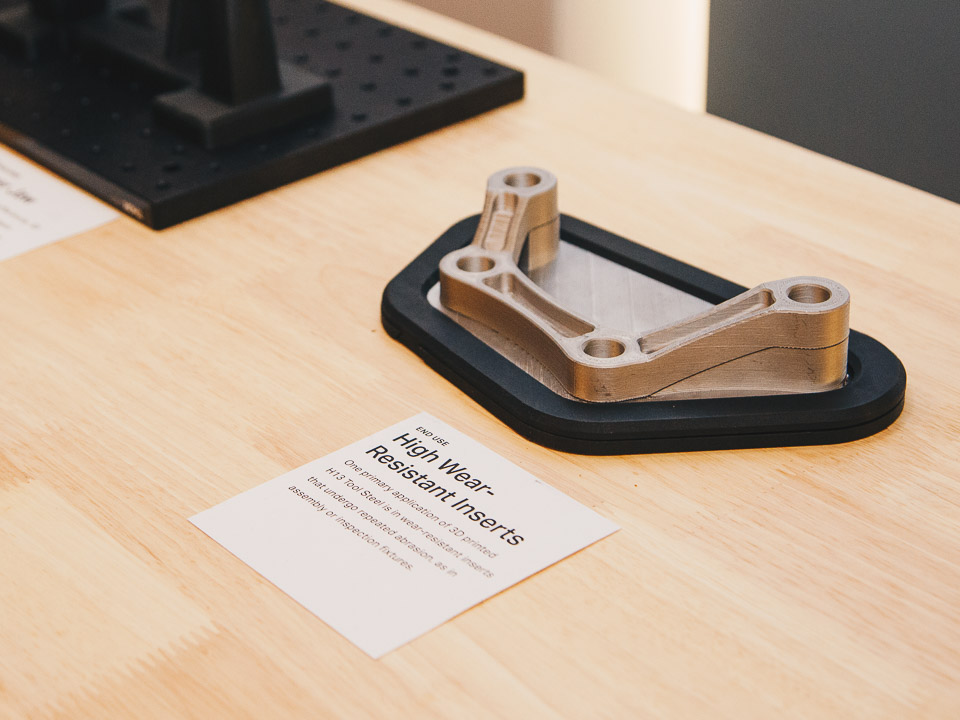 The ‘semi-structured art’ of product development

Software updates come quickly and easily. But once hardware ships, updates can’t be delivered with a simple push notification. Instead of requiring customers to buy new parts or machines, the Markforged team ensures their software updates have backward compatibility and the hardware has what it needs to adapt.

Getting there is, as Muscolo puts it, “a bit of a semi-structured art.”

“With hardware design cycles being significantly longer and more costly than software, we have to be crisp on the upper-bounds of capabilities we want hardware to achieve, not necessarily at launch but eventually,” Muscolo said. “Hardware is multidisciplinary at Markforged — all of these subsystems interact and affect each other. With cost and time to market as major factors, we need to find the optimal configuration that balances performance, cost and timeline today with the headroom we want for tomorrow so that the products can be more easily improved.”

“This is where our cloud-based software is really helpful,” Muscolo said. “Let’s take our X7 printer as another example. It has a one micron precision laser onboard. After that product shipped, we came up with different algorithms that enabled features like adaptive bed leveling and part inspection. If we ship hardware when it’s a minimally viable product but build in extra hardware capabilities, we can continuously improve it with software.”

To gain the level of foresight needed, Lu said that the engineering team has adopted a culture devoted to thinking deeply about metrics and analytics during product development.

“We’re not just putting something out in the wild,” Lu said. “Before we even start designing a product, we think about how we’ll measure its success and how many people will be using it. We have all of these dashboards ready to go before launch so we’ll know if we reached our goals.”

To juggle the needs of the customer with the specifications of hardware, software and materials, Lu said Markforged has established crisp lines of communication. Every team’s input is needed to ensure information about different materials in the slicer is correct. By doing that work upfront, Markforged ensures that the customer doesn’t have to spend time adjusting and readjusting their settings in order to print successfully.

“In the end, every bit of research and development insight matters,” Lu said. “If we have a new material, we all need to know what temperature, at what speeds and which layer heights it prints in.”

According to Silverman, this actually isn’t as difficult as one would imagine — the company is powered by engineers who speak a “common language.” In fact, two-thirds of the product marketing team has engineering degrees, Silverman said.

We’re building a product that we believe is going to help reinvent manufacturing.”

“We recognize that communication is so important to get anything done around here,” Silverman said. “People are very inquisitive and want to learn. There’s a lot of intellectual curiosity at this company. Even if they’re introduced to something new, people ramp up quickly.”

For her, good communication is an important aspect of delivering on Markforged’s mission. But perhaps more than that, she sees the team at Markforged as genuinely passionate about the work they do.

“We’re building a product that we believe is going to help reinvent manufacturing,” Silverman said. “People couldn't do anything like this before.”

Responses edited for length and clarity. Headshots provided by Markforged. Other photography by Amelia Ingraham.