Out to Change 3D Printing, Markforged Wants Employees to Break the Mold

Poised to ride the growing wave of the 3D printing industry, Markforged is gearing up for impressive growth — and preparing to go public. To stay on the forefront of innovation, the company is nurturing its team’s creativity.
Written by Adrienne Teeley

Innovation starts with one good idea.

But it can also end there. The key to unlocking innovation isn’t just about idea generating — it’s about creating a supportive environment where individuals feel comfortable sharing their thoughts, even if they go against the grain.

That’s easier said than done. It takes vulnerability to suggest an out-of-the-box solution. What if it gets shot down immediately? What if it’s too outlandish?

But there’s another side to the coin: What if that idea is, in fact, revolutionary?

Markforged is on the hunt for those so-called outlandish ideas. After all, you can’t transform the future of manufacturing without coloring outside the lines a bit. According to Director of Software Matt Hanselman, that’s exactly what his team is setting out to do.

“With the vast majority of other manufacturers, if there’s a bug, customers have to wait a quarter to get a software update,” Hanselman said. “Our printers are continually improving because we’re pushing updates to them.”

Forget the notion that 3D printers can only produce flimsy, plastic toys. Markforged’s carbon fiber and metal printers are capable of creating durable parts fit for the most rigorous manufacturing standards. But that increase in quality doesn’t mean Markforged’s product is out-of-reach — in fact, the company’s printers are set at an affordable price point, allowing a wide swath of designers and engineers to replicate the tools they need, right on the shop floor.

It’s a modern, cloud-based approach to 3D printing that demands constant iteration and improvement. To stay ahead of the curve, Customer Marketing Manager Charlotte Weiss said that Markforged has been purposeful in its approach to building a culture where people are comfortable enough to share new solutions — regardless of title or tenure.

“When I talk to friends who work at big companies, they always say they feel like a cog in a machine and like they can’t step out of line,” Weiss said. “At Markforged, it’s the absolute opposite.”

That approach seems to be working well for the company. Throughout the past year, even as supply chains and manufacturing plants grappled with the impact of COVID-19, Markforged held its own: The company saw notable growth and is now preparing to go public. But even with all of this change on the horizon, Americas Director Mike Cady said that the company’s underlying commitment to fostering creativity isn’t going anywhere.

“We’re reinventing manufacturing today, so we can help customers build anything imaginable tomorrow,” Cady said. “Going public would allow us to reinvest in the business, accelerate innovation and get to market faster with new ideas and creativity. It all further underscores the journey we’re on.”

A look inside Markforged’s values

What about Markforged is so revolutionary in the landscape of 3D printing companies? 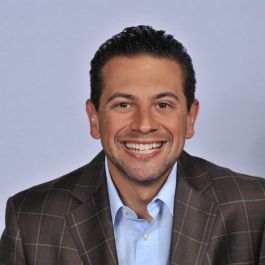 Americas Director Mike Cady: We take a people, process and technology approach when working with our customers. If we don’t do our job in understanding those components, we’ll never get to drive supply chain optimization and deliver the value proposition to customers who want to move faster, compete more effectively in the marketplace, take costs out of the business and improve the manufacturing process lifecycle.

Our platform is an investment in intelligent cloud architecture. It’s a very scalable, simple, robust system that allows customers to adopt quickly and drive value realization at a fast pace. 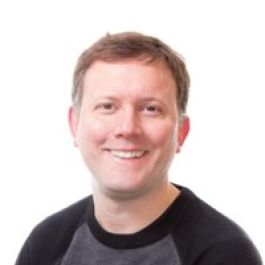 Director of Software Matt Hanselman: I think a key value add is our continuous improvement methodology, which comes from being a cloud-first technology company. Whenever we have an update, we can just deploy it. Our customers are getting these updates for free, by virtue of having our products and leaving them plugged into the wall. Think of how Tesla is continually improving its Model S battery range since they launched it. We’re doing the same thing with our printers.

While many companies are keen to promote innovation, success can vary. From your perspective, how is creativity and innovation fostered at Markforged? 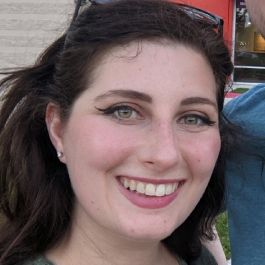 Hanselman: We actively encourage all of our employees to use our product, which is completely different from what people are able to do at other enterprise software companies. Part of our onboarding here is that, even in your first week, we have new hires use our printers. When you do that, and understand the use case, you can build better features and empathize with the customer when bug reports or feature requests come in. That feeds into a continuous feedback loop, giving us a consistent product.

When COVID-19 first became serious in the United States, Markforged’s engineering team sprung into action. After consulting with local hospitals and healthcare organizations, Hanselman said they were able to design much-needed PPE that could be 3D-printed, like face shields and nasal swabs for testing. Looking back, “Nobody can remember whose idea it was,” Hanselman said of the project. “It was completely organic how we came together and got things done.”

What is it about Markforged’s culture that inspires trust so that people feel comfortable sharing new ideas?

Weiss: We have an affinity group for women+ at Markforged, as well as a BIPOC+ group. In the women+ group, we have open discussions every couple of months to create time for people to connect with each other. It’s an opportunity to ask questions, and everyone is fantastic about providing answers.

Here, we believe in rolling up our sleeves. We’ll do things that aren’t part of our job description, but we’ll learn a lot while helping someone else out. That kindness you give to others without expecting anything back — that’s part of the culture.

Cady: Having worked for big companies in the past, you always get a laminated card that spells out what the company values are. You look at that card twice: The day you’re hired and the day you leave.

At Markforged, we just released our values about six months ago. Those values weren’t created in a vacuum. They were created by us. One of the core values is “one team” because it takes a village. Being a bunch of Lone Rangers gets us nowhere — it takes a lot of collaboration to make this work. It takes a lot of trust to make it work.

When the chief HR officer asked Weiss for suggestions on how to make Markforged more inclusive, Weiss felt comfortable offering ideas candidly. After polling several other ERG leaders, Markforged adjusted some of its hiring practices, like encouraging applicants to apply even if they don’t feel they meet every requirement. “We’ve seen a huge increase in women and minority groups applying for jobs because of that,” Weiss said. “I think it's fantastic that we have an HR team that wants to pick our brains and see what we can do next.”

Can you share an example of how this emphasis on creativity and innovation has impacted your own career?

Weiss: I was trying to pitch the idea of a customer marketing function, since we’d never had one for the company. Around that time, Mike brought me into a meeting and asked me for some ideas on how to engage with a group of customers. We ended up onboarding over 300 customers using a beta onboarding program. I was able to use that as a base for pitching customer marketing as a function to our VP of Marketing and CEO, who wanted us to accelerate all of our plans.

Another example is that recently, I wanted to change the company culture to be more customer-first. We have pipelines of customers asking if we can write about their experience with the product because they love it so much — that does not happen at most companies. So, I talked to the cofounder of the company and threw out some ideas. We met every two weeks, created OKRs and assembled a squad of people interested in the customer.

We ended up changing our company-wide meetings to include customer stories, and every month, we host an “ask me anything” meeting with a customer, which is particularly helpful for employees who don’t get to interact with users often.

How do you look for and encourage creativity in new hires?

Cady: It starts in the first conversation we have with a candidate. One of the first things I ask is: “Help me understand who you are at your core, and how you make life choices.” I make sure to tell them that I’m not interested in their work history or what they do, but how they do things. It tells me a lot about where a person is in their journey.

When they join the team, we ensure they don’t forget what they brought up during that conversation. That’s why they’re here.

Markforged is preparing to go public soon. What will that allow the company to accomplish?

Hanselman: We’ve long had all of these ideas of what we’re going to build. Going public allows us to hire in front of the programs so we can make it so. A year ago, we were drawing all of these things on the whiteboard, saying, “Wow, it’d be fantastic to get to build this.” Now, it’s a question of when — not if.