“And that was just from North America,” Jha added.

While Vistaprint’s data is plentiful, Jha said it sits primarily in silos and is ingestible only to those with data backgrounds. But he and his colleagues hope to change that.

For Vistaprint to be able to transform its data, that meant acknowledging that the former data strategy and platform — once considered by team members as ahead of the game — needed a renewed focus. Jen Hansen, lead of the insights and visualization chapter at Vistaprint, said the platform and data tools embedded early in Vistaprint’s history have played a key role in collecting data for the company’s 17 million small business customers, as well as advertising spend, in-house product manufacturing and more.

As the company looks ahead, Vistaprint’s platform and internal structures are undergoing major systemic shifts to make data accessible and sensible to every team member.

Casey joined in December 2019 and is responsible for Vistaprint’s marketing data. He’s focused on how Vistaprint can reduce complexity and build a better foundation of marketing data across its various channels.

Hansen, who has been with Vistaprint for more than seven years, leads its insights and visualization chapter. Analysts from her team are embedded throughout the business, including customer experience, technology tribes and regional divisions, all in an effort to help Vistaprint leverage data more effectively and drive strategy.

Jha’s team consists of about 15 scientists, which is likely to triple or quadruple in size within the next 12 months. In addition to supporting several data projects, his team’s biggest priority involves developing a concrete and compelling data science practice. 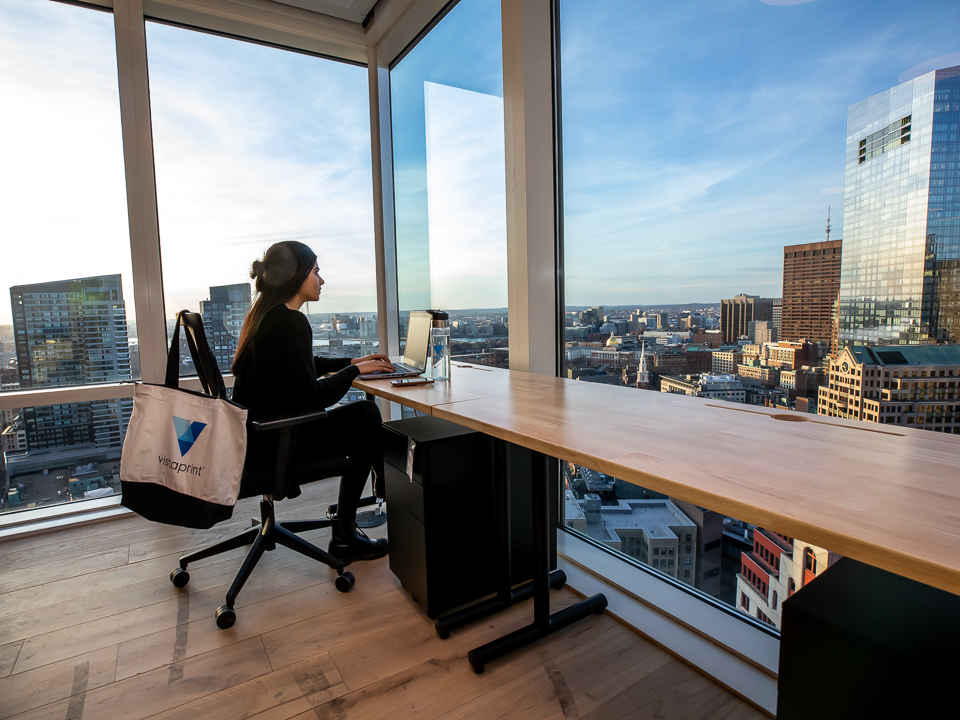 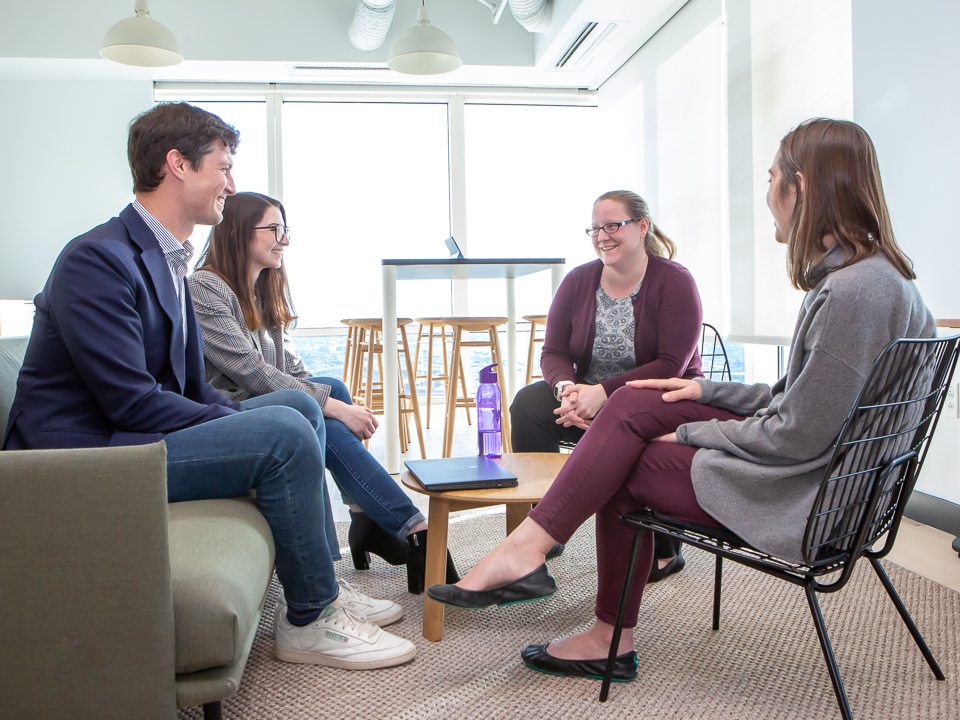 When Vistaprint was founded, much of the technology the company needed had yet to be created, so engineers built the platform in-house.

While the company may have been pioneering technical advancements throughout the 90s and early 2000s, Hansen said that there are a lot of specialty third-party options available that exist today.

As a result, Vistaprint technologists, data analysts and scientists have started integrating third-party applications to enable speed to insights and unlocking customer value. By doing so, Hansen said they’re freeing up time so they can direct more attention toward efforts that are uniquely adding value, like creating a dynamic pricing algorithm and machine learning-based bid optimization, as well as rebuilding their media mix model.

DATA IS THE NEW WATER

“We want all of Vistaprint to think of data like water: easily accessible, inexpensive and vital to our wellbeing. To turn this into a reality, we need to significantly grow our team massively over the next year,” said Vistaprint Chief Data Officer Sebastian Klapdor.

Additions thus far have included Snowflake’s cloud data platform to host all of their data, Looker for analysts to curate data and enable the business to make decisions, and Google Analytics for channel optimization and site performance. The teams are also evaluating user experience optimizations platforms, testing tools and customer data infrastructure platforms.

“It’s a behavioral change from a Vistaprint perspective,” said Drew Casey, VP of domain lead channel platforms. “We’re transitioning from building everything ourselves to evaluating what’s out there to bring in the parts we can take off the shelf and then build around.” 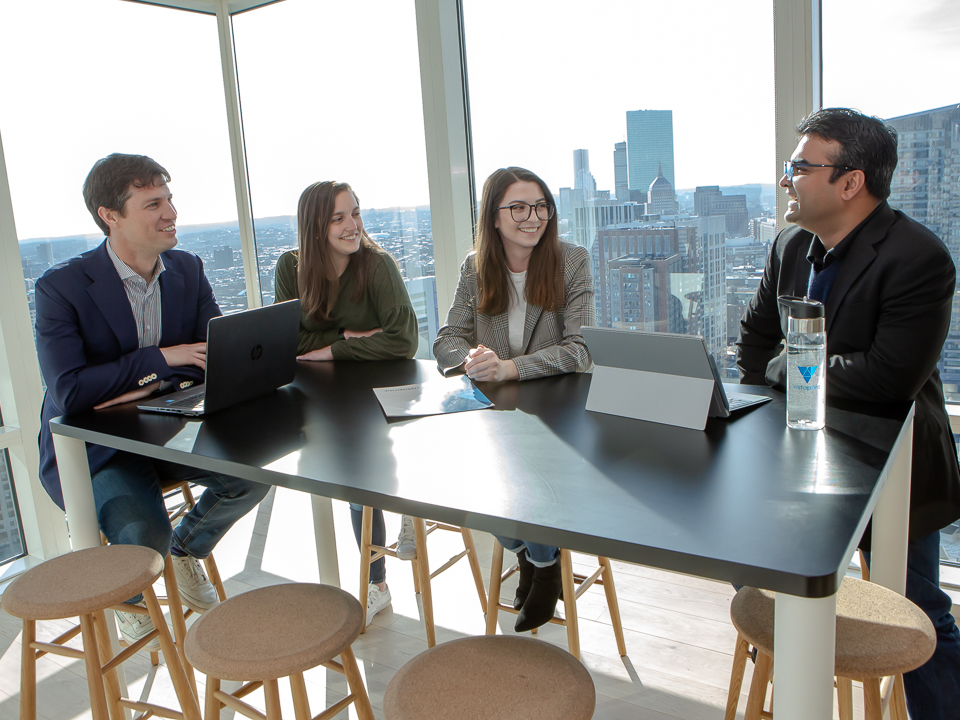 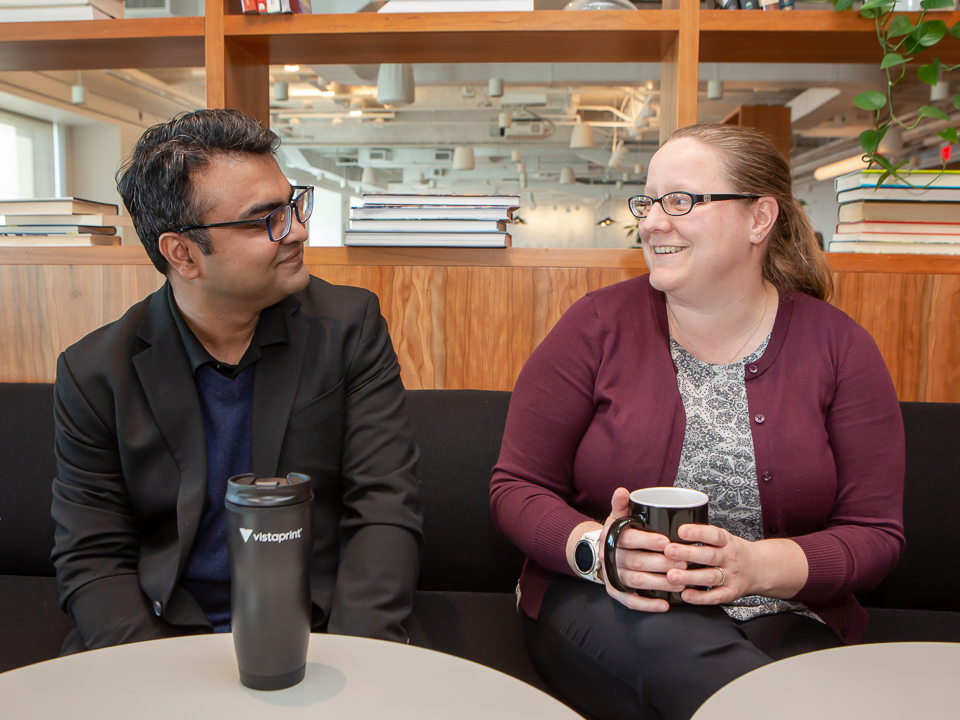 With new technology falling into place and team practices set up to iterate faster, Vistaprint said its efforts to democratize and reinvent the use of data are underway.

“We’ve made significant multi-year investments in cloud-based, service-oriented and data-rich technology platforms,” Casey said. “Our platform is already live in two countries, with plans to expand globally in the next year.”

Among those efforts, Casey’s team is developing machine learning-based bid optimization to inform how Vistaprint buys inventory in the programmatic space.

“We’ve been spending hundreds of millions of dollars on advertisements for a long time,” Casey said. “The team has taken a very sophisticated approach in leveraging third-party tools but hasn’t made the jump yet into profit-driven, ROI-based marketing led by automation.”

We want to empower the entire organization to use data without needing the guidance of an analyst.”

The project is in early testing, as Casey and his team evaluate various machine learning platforms to build into.

His team is also looking into ways to incorporate automation in reporting across seven data systems that are tailored and digestible for different groups within the business.

“We’re tasked right now with building data products so that any person, regardless of function or role, has a place that they can go to get data,” Casey said.

Internally, Vistaprint said they have been integrating data scientists and analysts earlier in proof of concept processes and having them work alongside individuals outside of their practice.

“We pitch ourselves as thought partners early on,” Jha said. “That way, before time is spent building out a data pipeline, we can say whether or not the proof of concept can actually be designed and executed.”

Instead of operating in siloed departments, teams are organized into cross-functional teams divided by lines of business. Led by a general manager, each line of business includes positions from marketing, operations, customer services, manufacturing, research, finance and analytics.

Hansen’s team, which began partnering up with teams throughout the organization about six months ago to help them make better use of their data, has started looking at literacy initiatives to support individuals outside of the data teams.

“We want to empower the entire organization to use data without needing the guidance of an analyst,” Hansen said.

While Jha’s team is connected to several of the data products’ proof of concepts, he said their main project is establishing a blueprint for a prolific data science team. This includes forming processes around experimentation that embrace failure and a learning environment that quickly adapts to the daily changes in data science and machine learning.

“We jokingly say that we don't have any data scientists — we have only ‘becoming’ data scientists,” Jha said. “These are the mindsets and processes that we are looking to put together so that Vistaprint's data science chapter becomes a compelling place for some of the best data scientists to join and contribute.”

Responses have been edited for clarity and length. All photography by Melissa Blackall.